The Ultimate Fighting Championship makes its second visit to San Antonio, Texas with UFC on ESPN 4 held at the AT&T Center on July 21 (AEST). MMA event features 13 bouts with a pair of welterweights, Rafael dos Anjos and Leon Edwards, battling it out in the headliner of the show.

Your #UFCSanAntonio poster is here!

The headline-bout follows a couple of heavyweight matchups featuring Aleksei Oleinik up against Walt Harris, and Greg Hardy face off Juan Adams. Also on the main card two lightweight encounters with James Vick taking on Dan Hooker, and Alexander Hernandez going up against Francisco Trinaldo. In addition, Andrei Arlovski and Ben Rothwell meet at heavyweight, kicking off the main card.

The six-fight main card follows the preliminary lineup comprising seven outings. Among the bouts Alex Caceres and Steven Peterson do battle at featherweight, and Raquel Pennington and Irene Aldana square off at women’s bantamweight.

The complete fight card for UFC San Antonio can be found below. The event precedes UFC 240: Holloway vs. Edgar scheduled for the following weekend at Rogers Place in Edmonton, Canada. 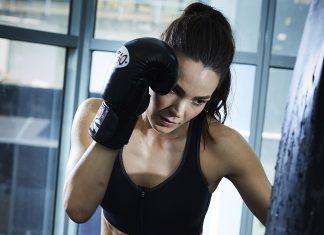 McGregor vs Cerrone wasn’t a fixed fight, but perhaps disappointing

FIGHTMAG is an Australian online magazine that covers Kickboxing, Muay Thai, Boxing and Mixed Martial Arts internationally. FIGHTMAG exists only to create excellent journalism in the field of combat sports.
Do you have a news tip? Send it to: contact@fightmag.com.au

In case you missed it