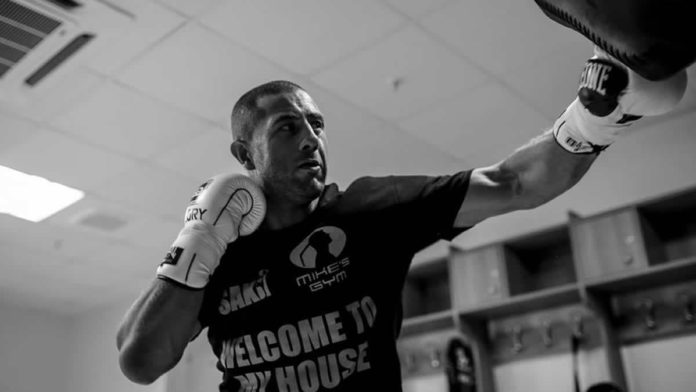 'The Rebel' is back in the ring

Gokhan Saki makes his ring return on Saturday, October 23 facing off James McSweeney at GelreDome in Arnhem, Netherlands. The pair squares off in a three-round light heavyweight bout serving as GLORY Collision 3 co-feature. The event airs live on pay-per-view.

One of the biggest names in modern kickboxing history Gokhan Saki was last seen inside the squared circle in April 2015, when he scored a unanimous decision against Sebastian Ciobanu. Before that “The Rebel” lifted GLORY Light Heavyweight World Championship Tournament, taking the wins via first-round TKO against Nathan “Carnage” Corbett and “Tyron Spong”, who suffered ear and leg injuries, respectively. Earlier in his career Saki defeated Melvin Manhoef, Ray Sefo, Daniel Ghita, among others.

Mid 2017 Saki signed with the UFC. He made a successful debut with the first-round KO against Henrique da Silva in September the same year. In his previous to date bout, which was also his second fight inside the Octagon in July 2018, he suffered the defeat via first-round TKO against Khalil Rountree Jr.

James McSweeney, who also had a fight in UFC, as well as competed in ONE Championship, KSW and various other promotions, was last in action in December 2019, when he suffered the defeat against Ismael Londt in the fight that was stopped by the doctor. Before that he secured three stoppage wins in a row against Murat Aygun, Danyo Ilunga and Firouz Fakhri.

In the main event of GLORY Collision 3 Rico Verhoeven defends his heavyweight title in the trilogy fight against Jamal Ben Saddik.

Get the full GLORY Collision 3 aka GLORY 79 fight card and start time.

UFC 270 Australia time: How to watch Ngannou vs Gane – all states and territories